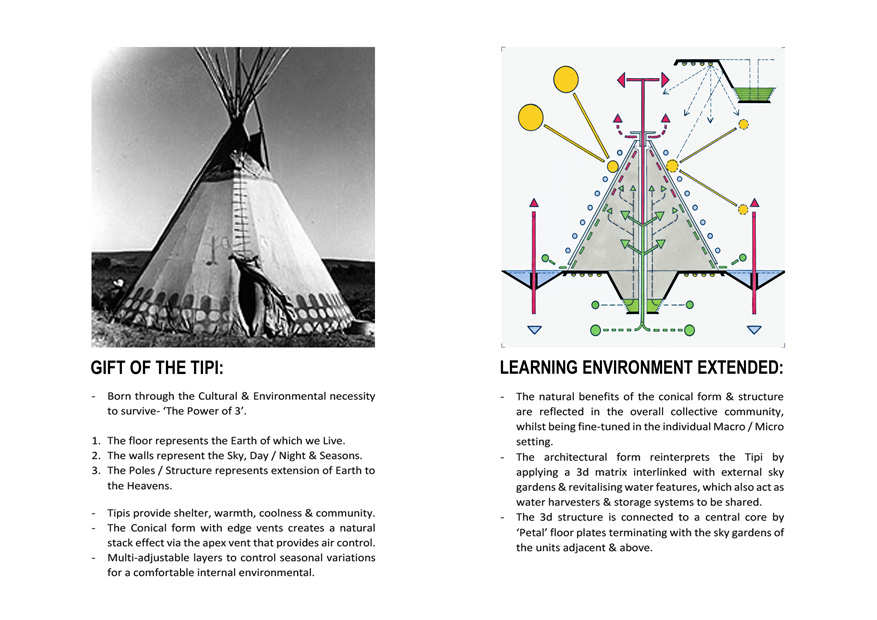 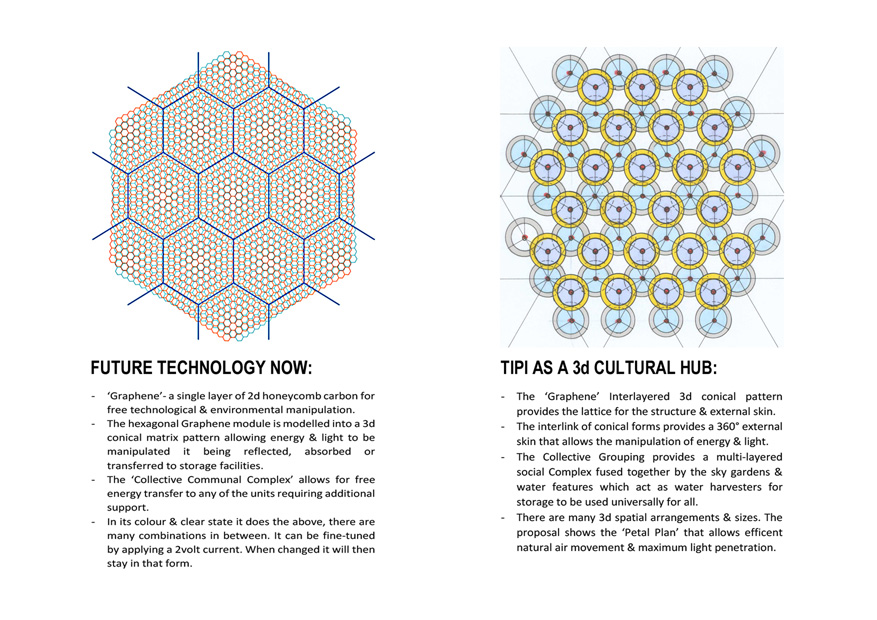 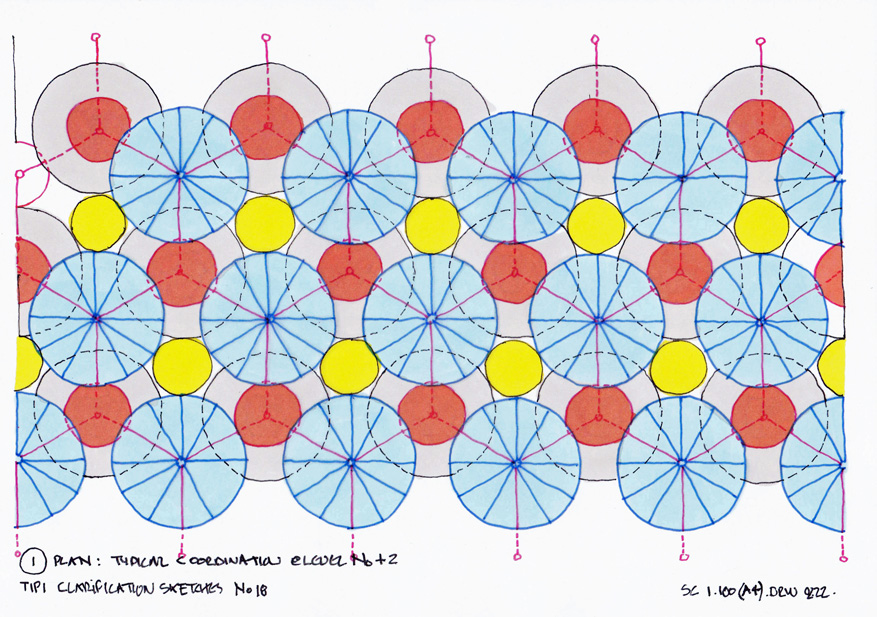 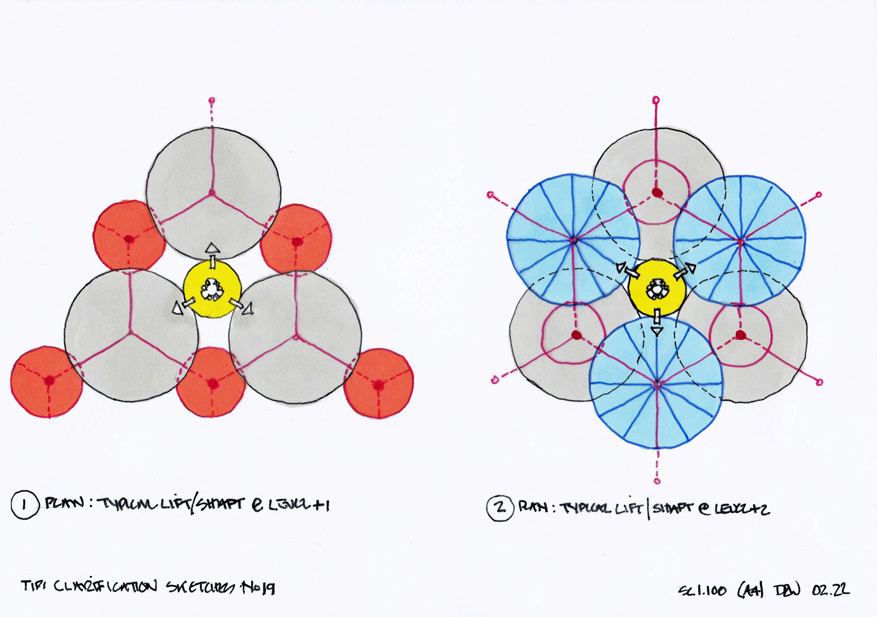 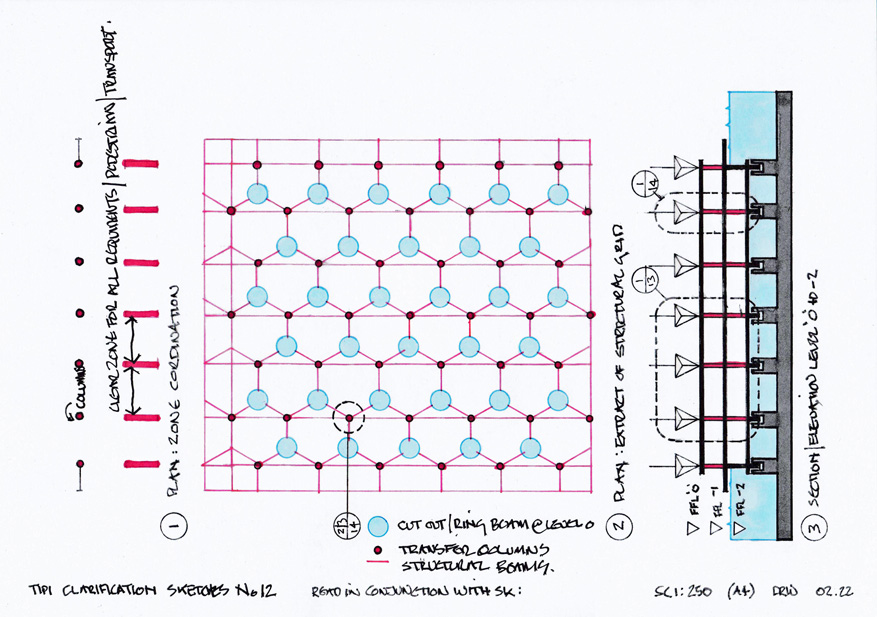 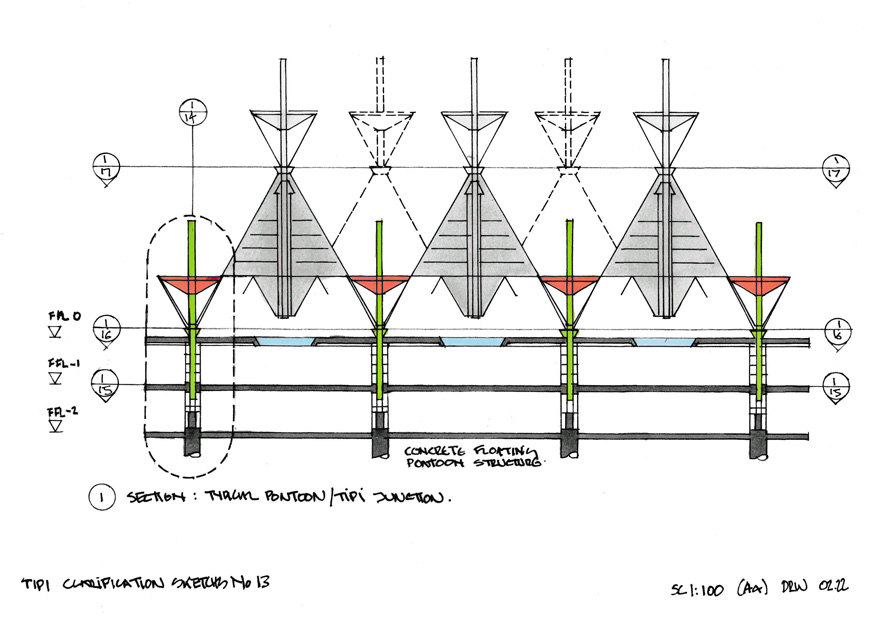 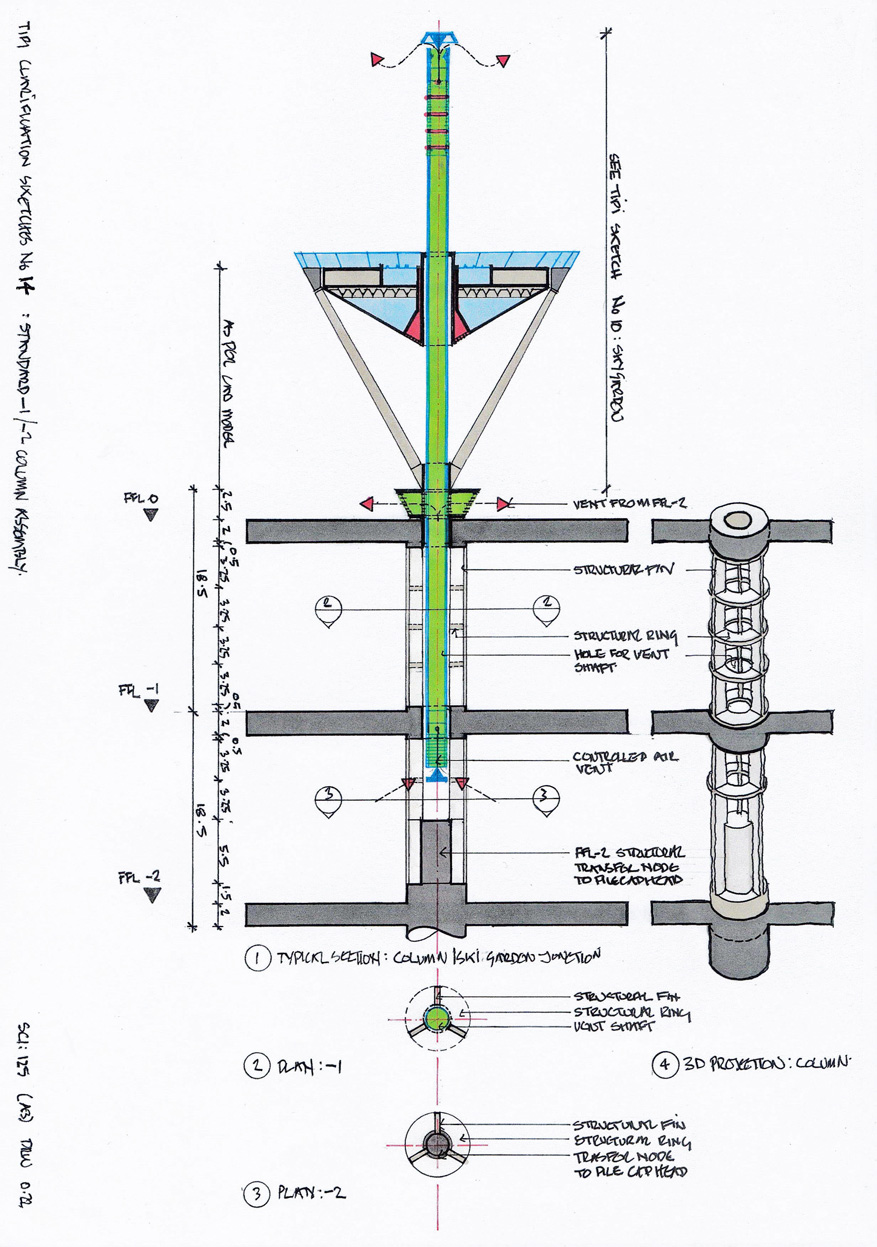 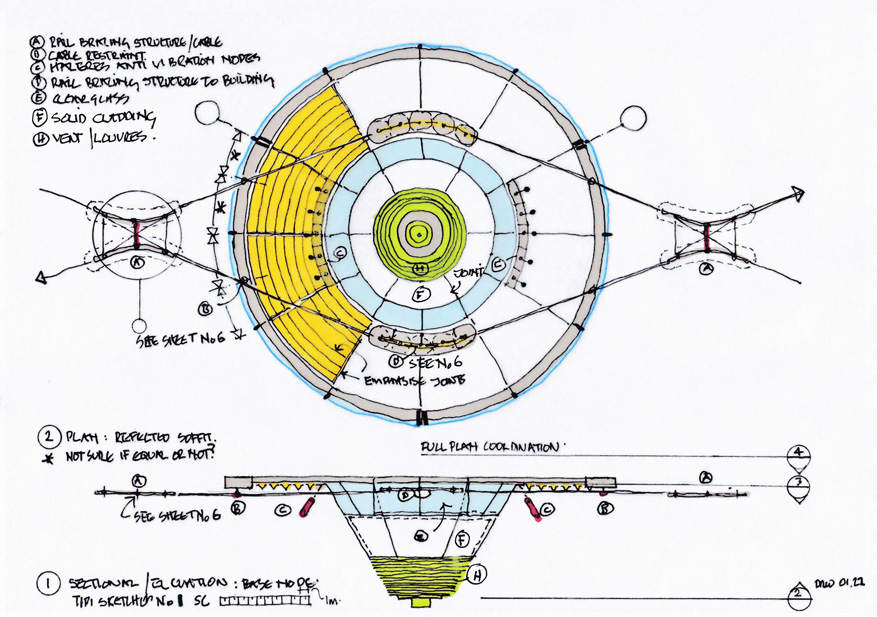 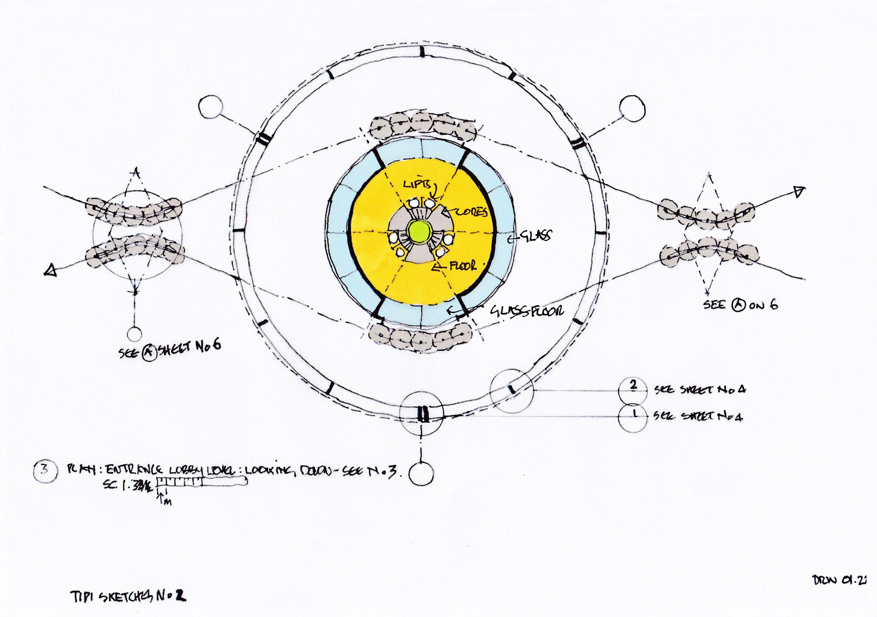 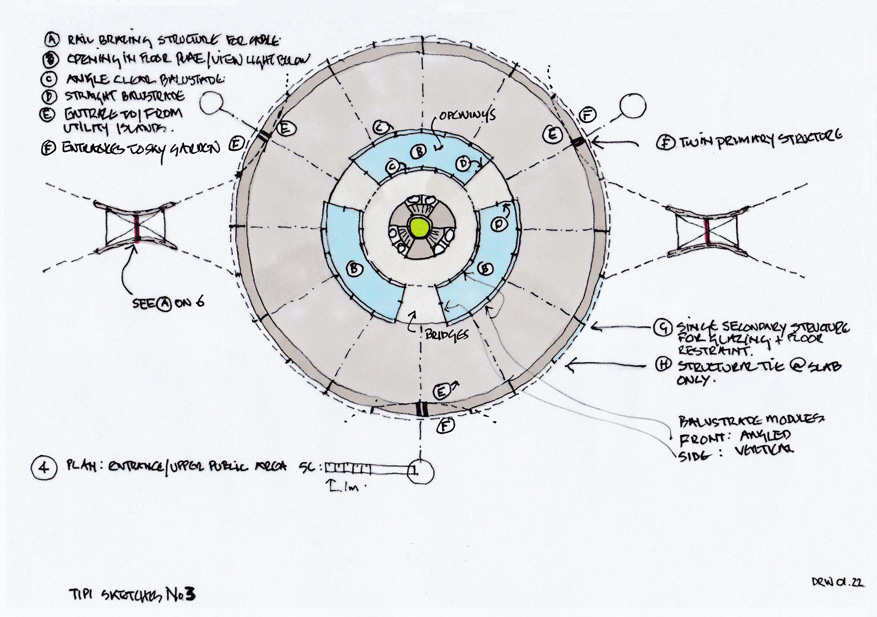 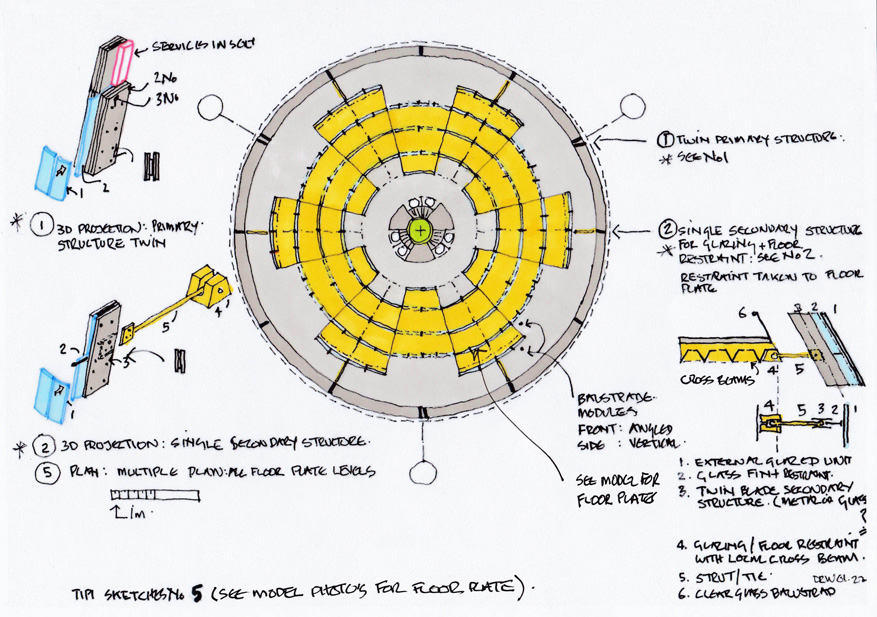 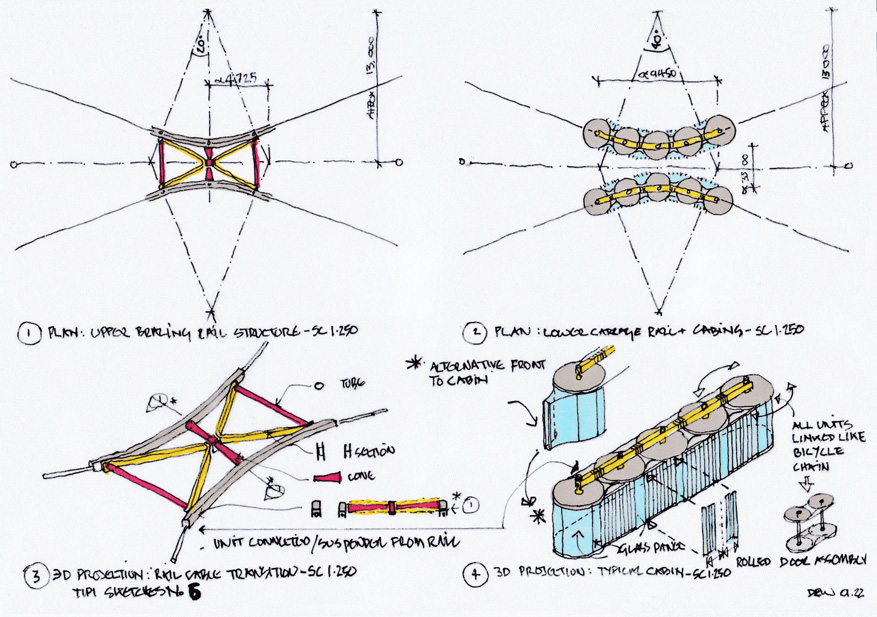 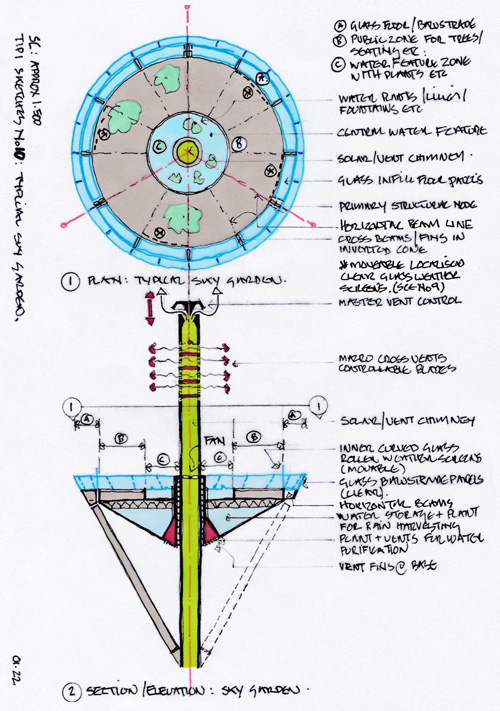 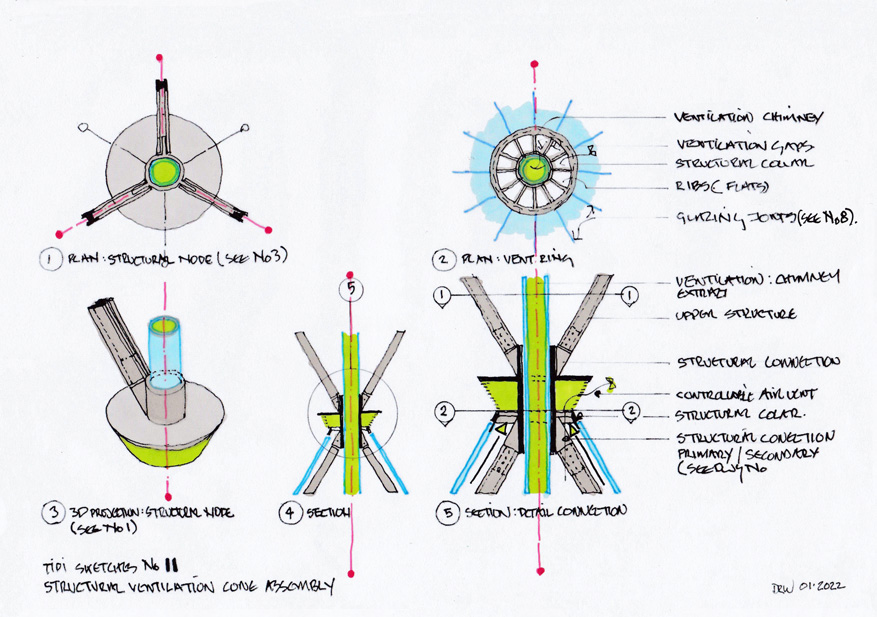 Born through cultural and environmental necessity, the ‘Tipi’, is an extraordinary architectural formula that dates back to around 10,000BC. The proposal reinterprets the basic elements of the later North American format (floors represent the Earth; walls the sky and the structure, extension between Earth the Heavens) to produce a multicellular social complex of adaptable conical enclosures that are tied together by sky water / gardens that double as water harvesters and storage. The unit’s horizontal transit system weaves along their bases, being connected to vertical cores and, on a wider scale linked to other communities by intercity Hyperloop hubs.

The 3D hexagonal plan and structure is derived from a layer of expanded Graphene honeycomb. Geometrically, there are many combinations of units varying in size and function; in this instance, the ‘Slotted Petal Floor Plate’ is used, allowing free air movement and maximum light penetration. The outer structure is linked to the central core by the floor plates and is extended to form the sky gardens that stabilise the above adjacent units. In all cases, there is an overlapping interface between the building’s fabric and communal environmental network.

Externally, the interlocking conical forms allow manipulation of light and energy, creating a 360° transmission between all units. The Graphene itself can be altered to control and reflect energy, eliminating the need for shading. The entire complex acts as a shared collector, allowing for storage and transfer to any unit(s) requiring supplemental assistance. Each conical form, although a part of the collective, also functions as an individual unit. The local macro-environments are focused around the central core heat tube. Air is drawn through the base / perimeter, being modified to suit occupants, before finally having any useful excess energy removed prior to being expelled at high level above the sky garden.
© Copyright Duncan Webster. All rights reserved. Disclaimer.